In 1979, Evita was the hit of Broadway. Its 30-year-old star, Patti LuPone, swiftly found herself on the fast track for the Tony Award, the toast of Manhattan, and a rising theatre legend. For 27 weeks during the run of Evita, however, LuPone had another project in the works. After the Saturday night show, she would don a white tuxedo and run across town to the night club Les Mouches. There, she would work a 70-minute cabaret act starting around 12:30 am, featuring not just Broadway belting and original compositions by collaborator David Lewis, but also covers of Bob Dylan, Patti Smith, Dusty Springfield, and more over an insistent disco beat. Fans of the show included Andy Warhol, Stephen Sondheim, Tovah Feldshuh, and more, and Les Mouches’ show room was consistently packed through the 27-week run. In 2019, New Orleans drag and cabaret chanteuse Dede Onassis will recreate Patti LuPone’s legendary Les Mouches set at The AllWays Lounge and Cabaret. Produced by Harlequeen Presents and directed by Kate Kuen of Sisterhood Studios, this will be a two-night only engagement. Clear your calendars on November 21 and 22 at 11 pm to witness the resurrection of an era of change and decadence in New York City and a shining moment in the life of one of Broadway’s last great divas just before she grasped her true stardom. 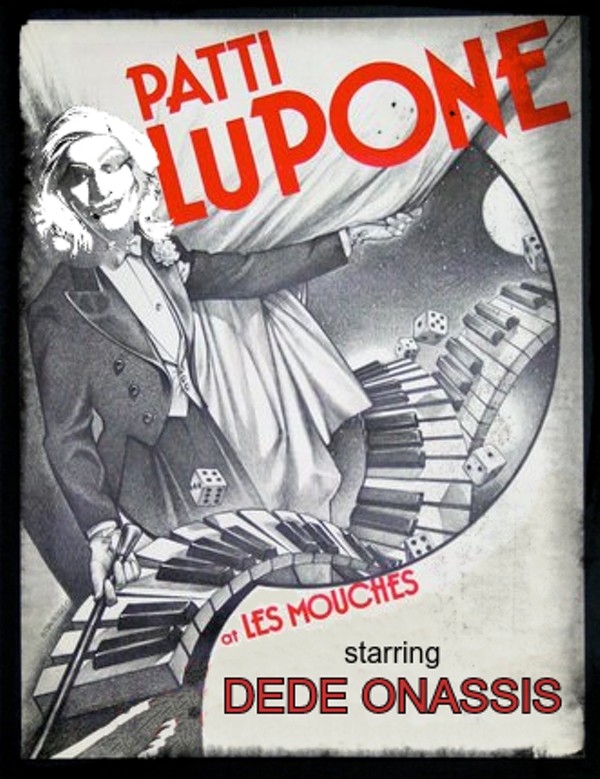 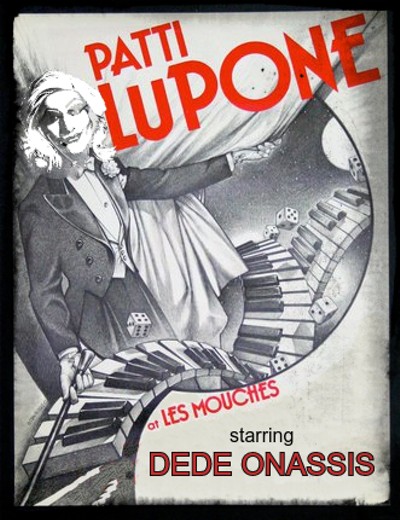